It was just three years ago today that the last flight took off from the former City Centre Airport. While the closure marked the end of an important era in Edmonton’s history, it was also the start of a new and exciting opportunity for our city!

The former airport will be transformed into a leading sustainable community that puts people first in its design. From custom designed streets that prioritize active and public transportation to creating public spaces that connect residents to one another, Blatchford will lead the way for a new way to live in our city.

Here is a quick snapshot of all the work that has taken place since the closure to prepare the site for the first residents. 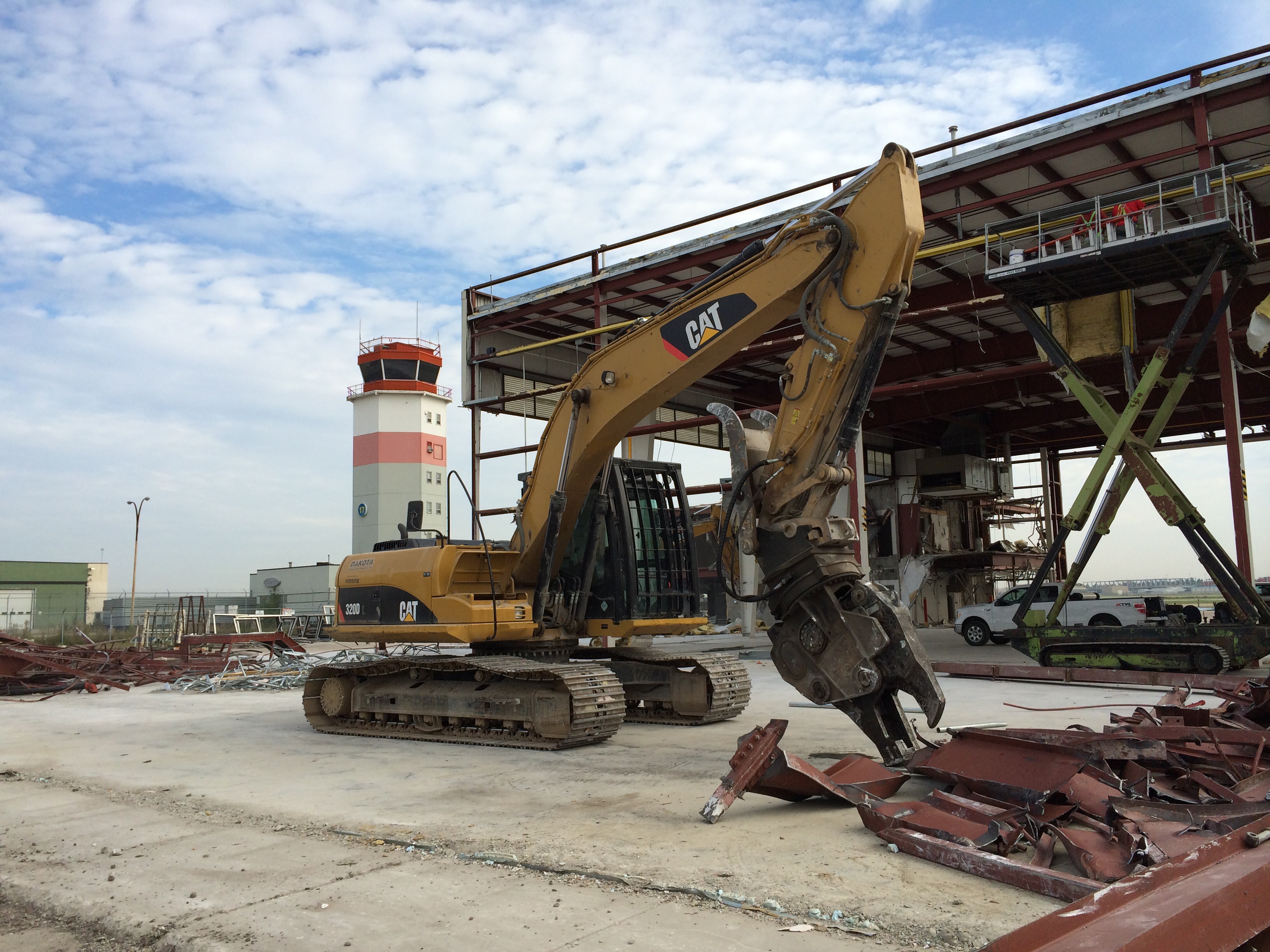 Twelve former airport hangars/buildings have been deconstructed or moved to a new site for reuse. Deconstruction means a building is slowly dismantled to allow the building materials to be sorted for recycling, reuse or waste management.

The City set a goal to divert a minimum of 80% of the waste created from the building removals from the landfill. We exceeded this goal for the first stage of deconstruction with a diversion rate of 90%. 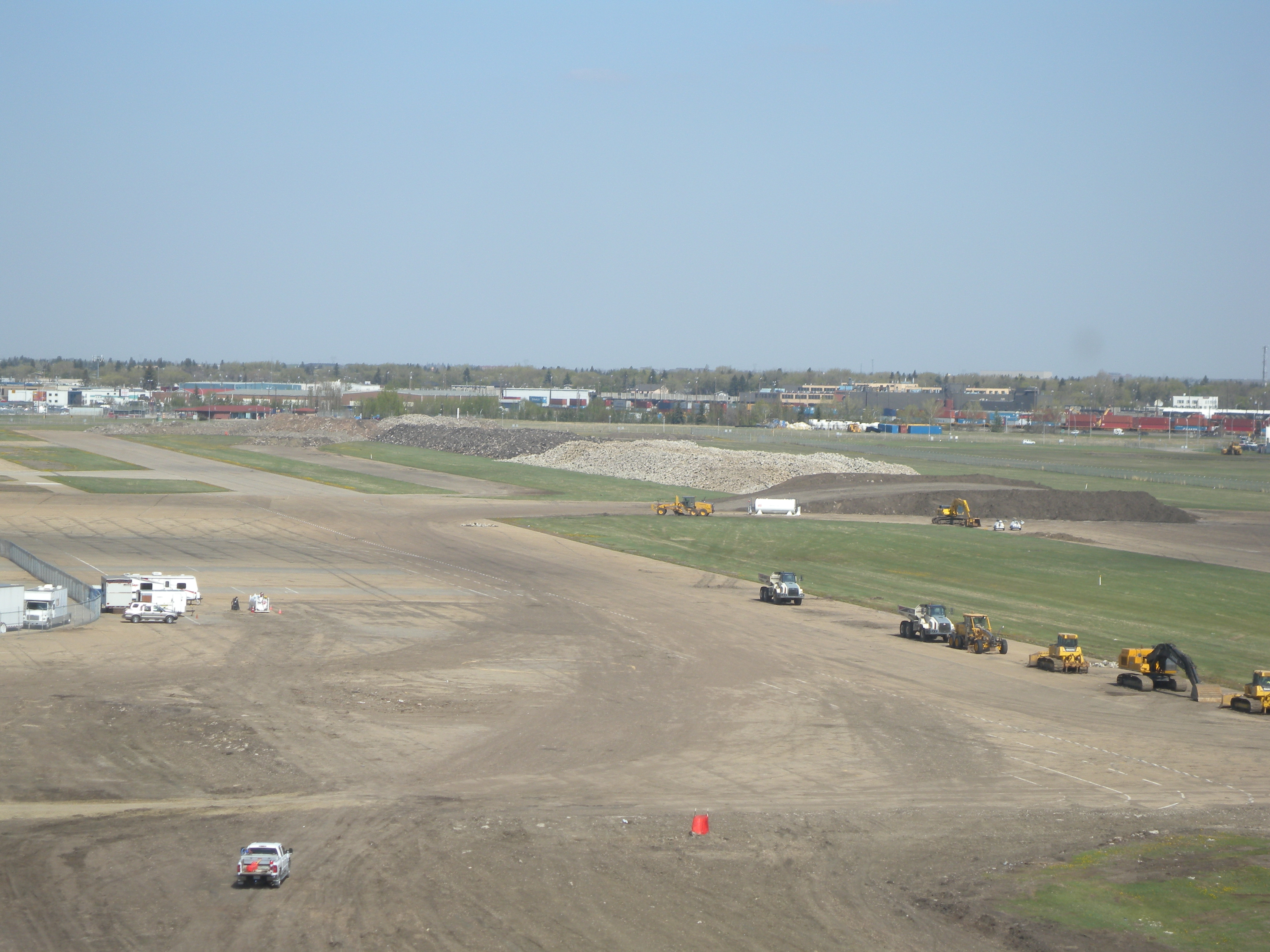 Approximately 1/3 of the runways and taxiways have been removed and stockpiled at the site. The materials (concrete, asphalt and gravel) will eventually be recycled on site and used to construct the roads in the community.

Approximately 756,000 cubic meters of topsoil and clay was moved as part of re-grading work and excavation of the first stormwater pond.

Topsoil will be reused in the community with a significant amount of it used to build a large hill in the park.

Installation of portions of the sanitary and storm sewer mains 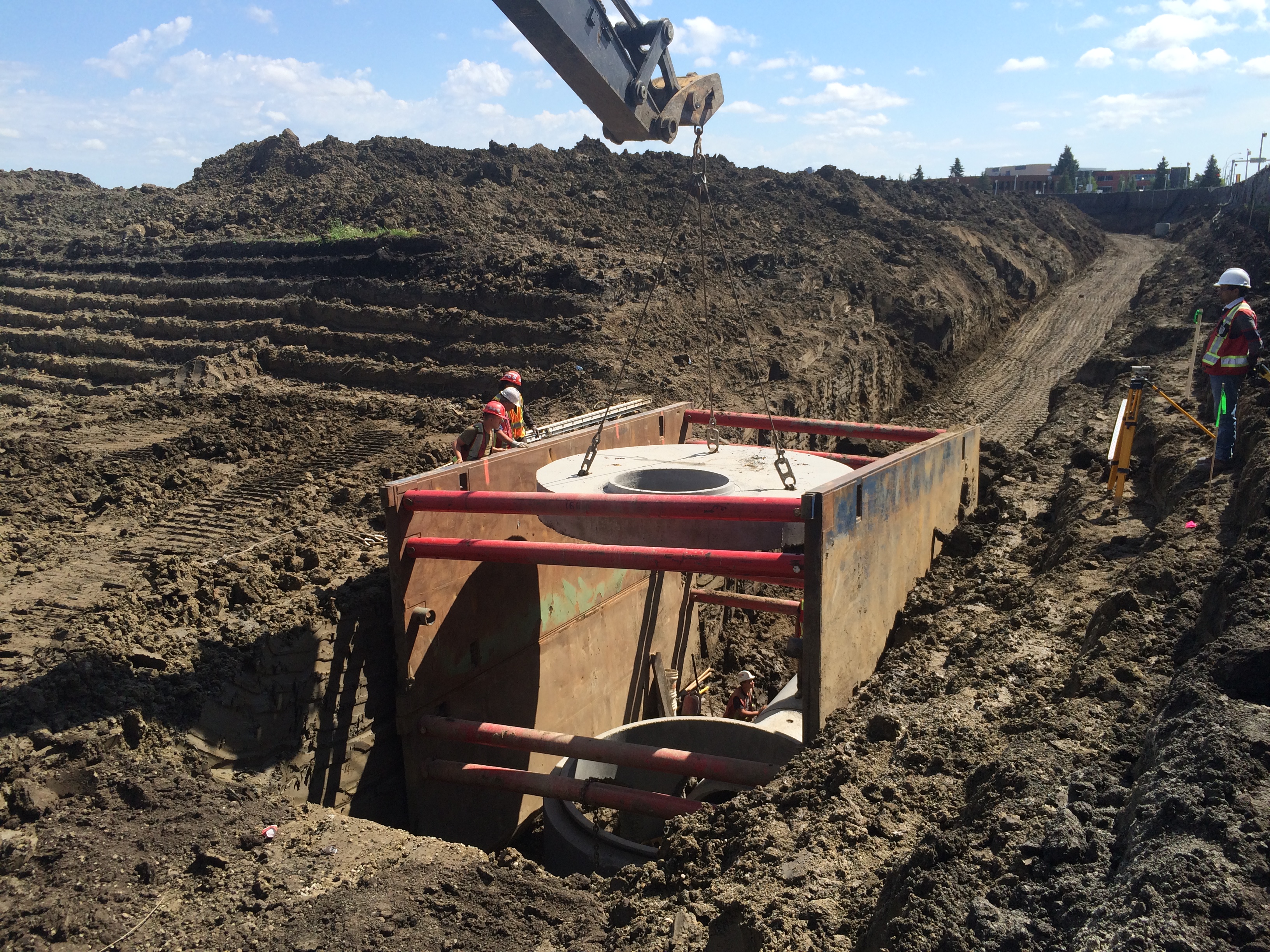 Work on the first stormwater pond is also now complete for the season with the construction of the storm sewer line as well as the inlets and outlet which allow water to enter into and drain out of the pond. 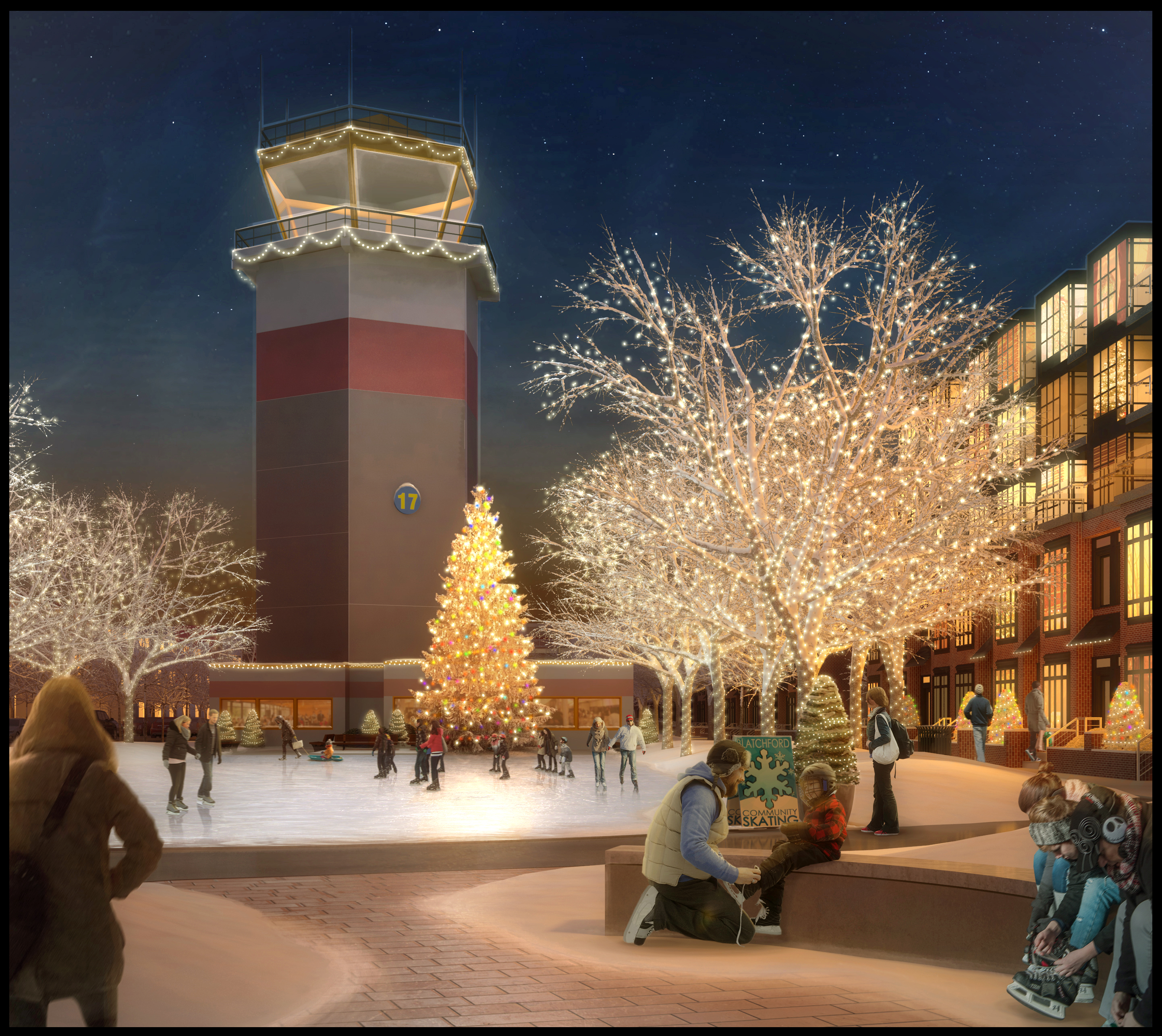 In addition to all the on-site construction activities, the Blatchford planners, engineers and consultants have also been working on various tasks, including:

And while we look to the future, we also recognize the important role the former airport played in our city. The historical significance of the site will be honoured in a number of ways in the community, including the naming of the site after former mayor Kenneth Blatchford, repurposing the former air traffic control tower as an iconic building in the first stage of development, and aligning the two major community roads along the old runways. A number of other heritage interpretive details will also be included throughout the community.