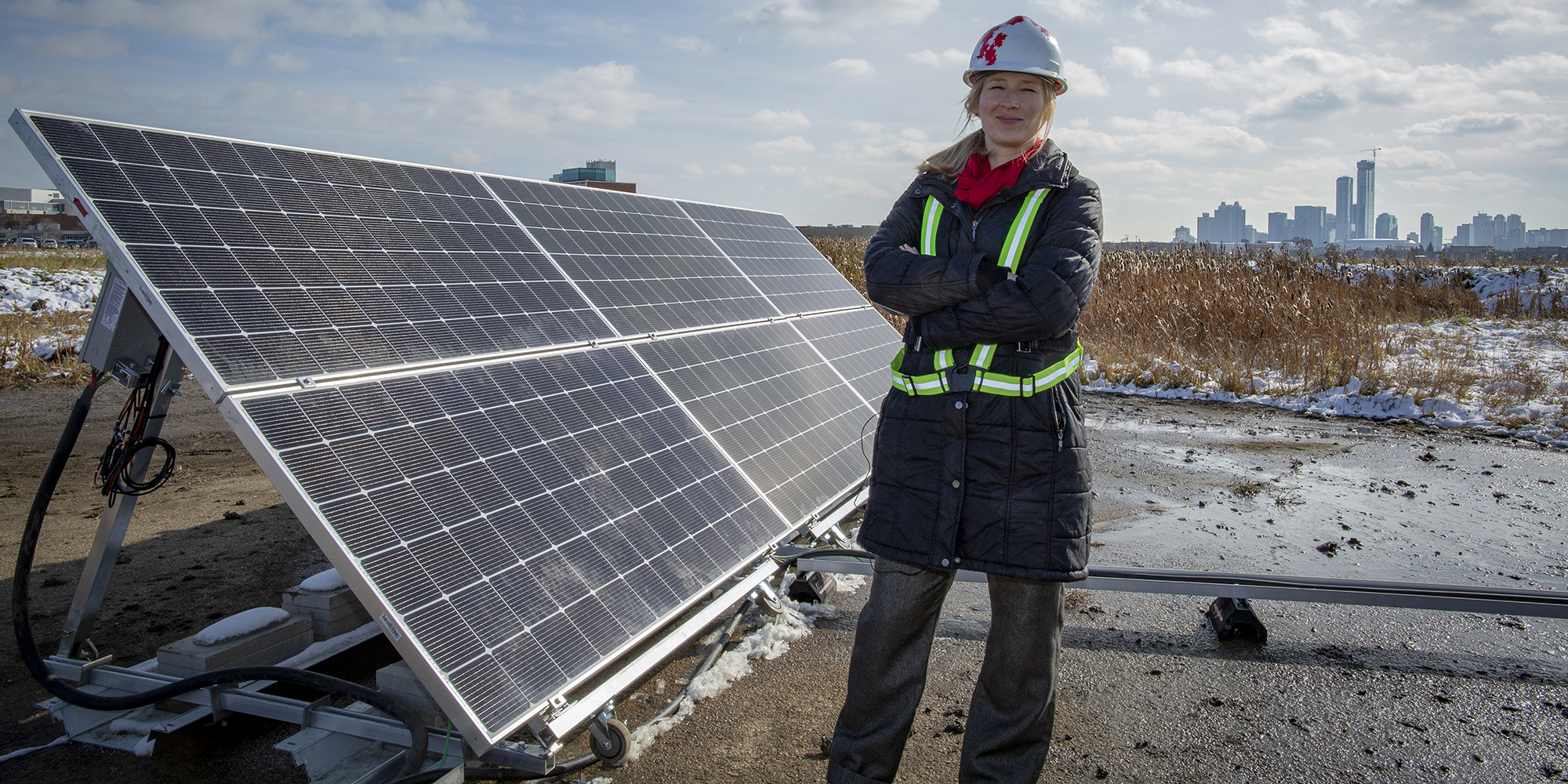 Driving across the abandoned pavement at the Blatchford redevelopment, it’s easy to forget this sprawling former airport is located in the heart of Edmonton.

Just past the fleet of earth-movers, round the pickup parking area and behind a row of mobile office trailers sits a white metal shipping container with the bright, red maple leaf logo of “Great Canadian Solar.”

With that, Harsasi, a recent grad of NAIT’s Alternative Energy Technology program, takes several careful steps through the mud and unlocks the box to reveal what’s inside  – and why she and classmate Aaron Mcgregor spent about a year consumed by thoughts of seacans. The recycled shipping container is much more than a storage unit; it has the power to reduce greenhouse gas emissions and bring power to construction sites almost anywhere.

The standard-sized container houses a bank of batteries, inverters and charge controllers that harnesses energy from 44 lightweight portable solar modules.

The seacan also stores those modules, which are foldable and housed on racks mounted on the ceiling. When deployed in the field, the solar array and backup generator – which can run fully on biodiesel – generates enough power for one to two medium-sized homes, Harsasi explains.

“You don’t need to know anything about solar to use one of these and you don’t need one of us [experts] to set it up. It’s pretty much an off-the-shelf product.”