To help achieve Blatchford’s goal to be a carbon-neutral community that uses renewable energy, a District Energy Sharing System will provide environmentally-friendly heating, cooling and hot water to homes and buildings.

But how are we making this happen? By tapping into a renewable energy source that is all around us – or below us, to be exact.

Our earth is a hotbed of energy. Hot springs, geysers, volcanoes and fumaroles (openings near a volcano) are visible examples of the huge stores of geothermal energy that lay deep within the ground. But did you know that there is also a less visible source of energy we can tap into that lies just a few hundred metres below us? 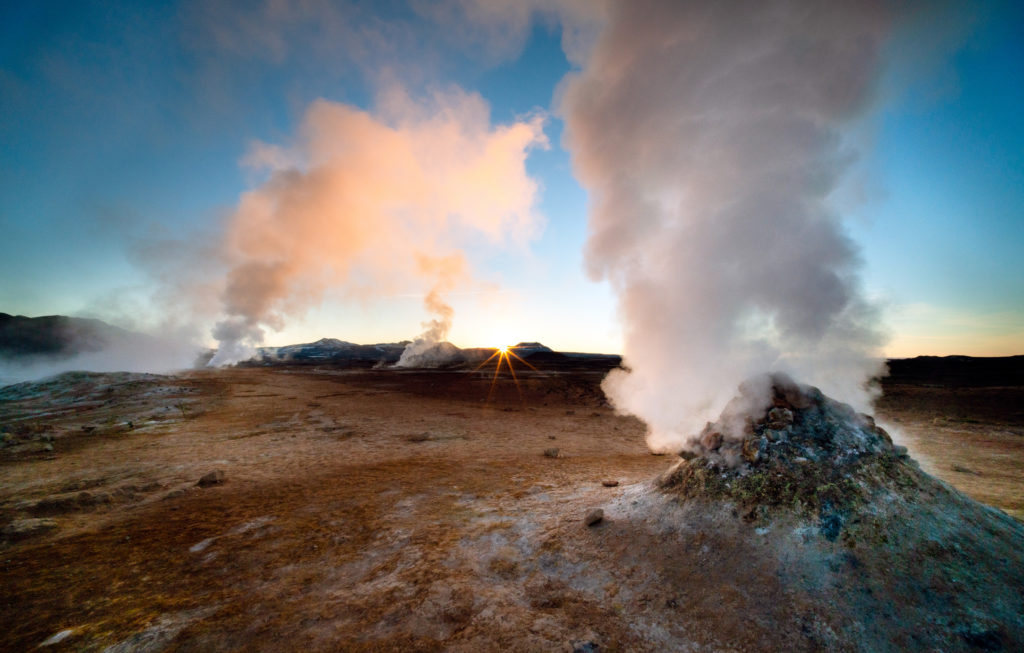 Fumaroles are a visible example of a geothermal store (Iceland)

Blatchford’s system relies on a geoexchange field located underneath the first stormwater pond in the community. So, what exactly is the difference between deep geothermal and geoexchange systems, and why did Blatchford choose geoexchange?

The deeper you go into the centre of the earth, the hotter it gets. Deep geothermal systems are built by drilling several kilometres into the earth to tap into steam or very hot water. Geothermal energy plants make sense in areas of the world where the geothermal energy is close to the earth’s surface. The most active geothermal areas are typically located along tectonic plates, where you usually see concentrations of earthquakes and volcanoes.

Since Edmonton isn’t located in a typical geothermal ’area’, we looked for another way to tap into the energy from the earth:  geoexchange.

Geoexchange fields involve exchanging (or transferring) thermal energy from the ground at a much shallower depth than a geothermal system. Underneath the earth’s surface, the temperature remains fairly constant thanks to the constant replenishment from the sun’s warmth. Geoexchange takes advantage of this constant temperature by using the ground as a ‘storage battery’ for energy. Plus, a geoexchange field also allows the system to provide cooling (air conditioning) and not just heating! Blatchford’s first geoexchange field has 570 boreholes which were drilled to a depth of 150 metres, which is equivalent to about the height of a 28-storey building.

The result? Reliable and renewable energy that produces almost no greenhouse gas emissions! 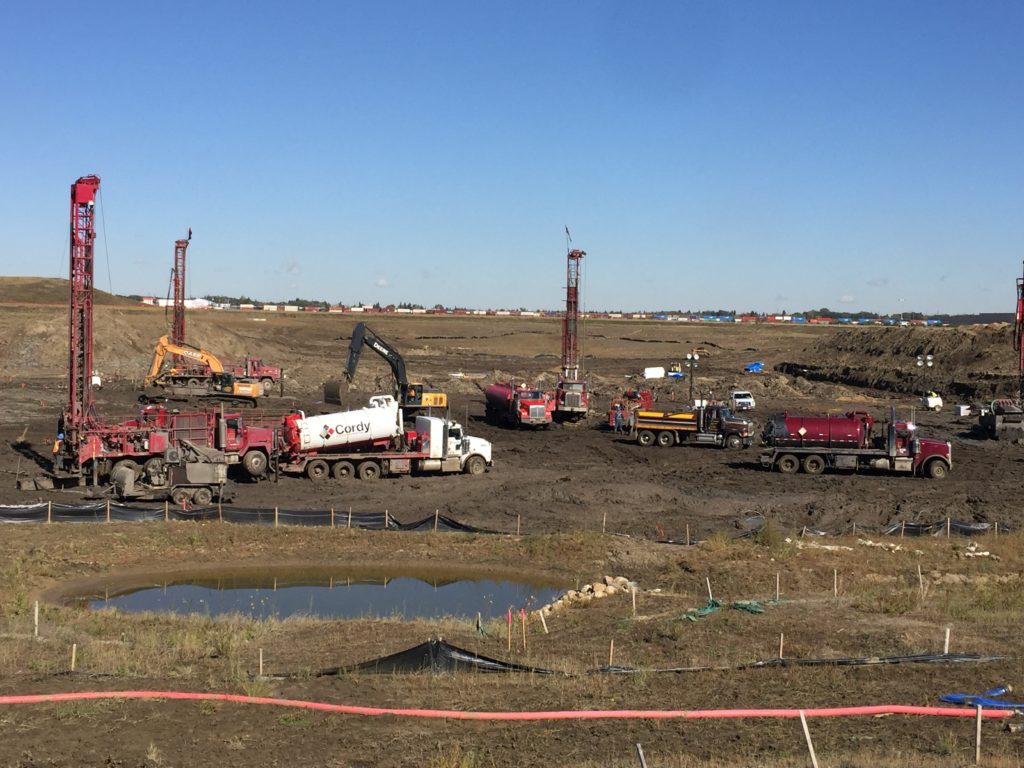 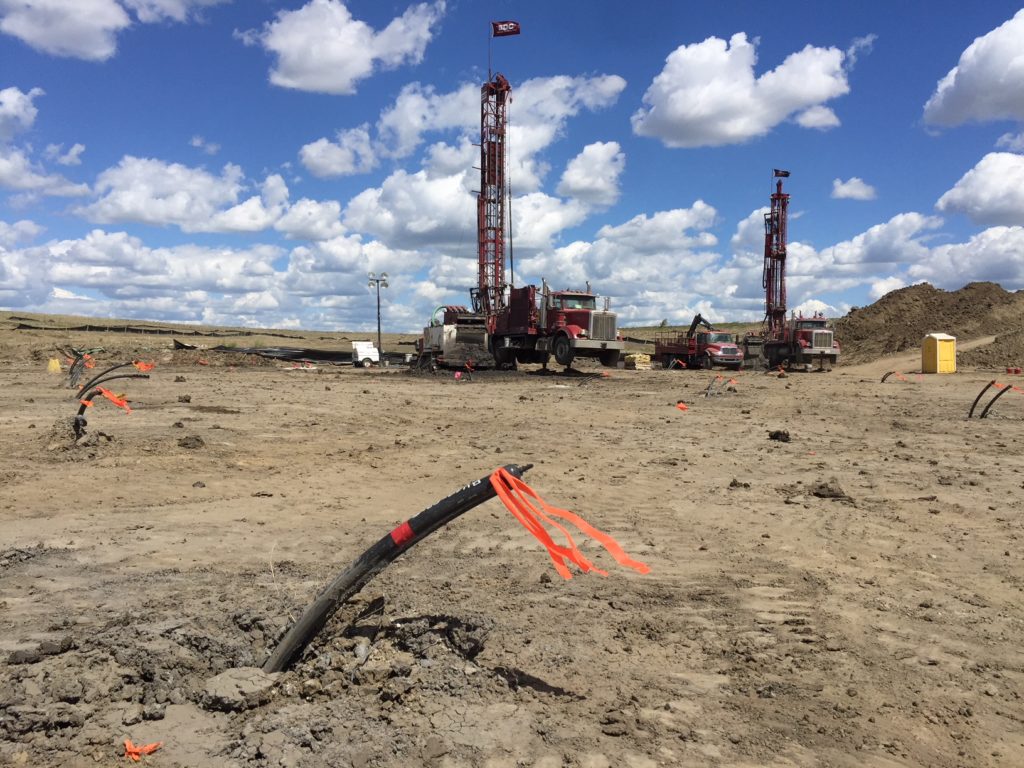 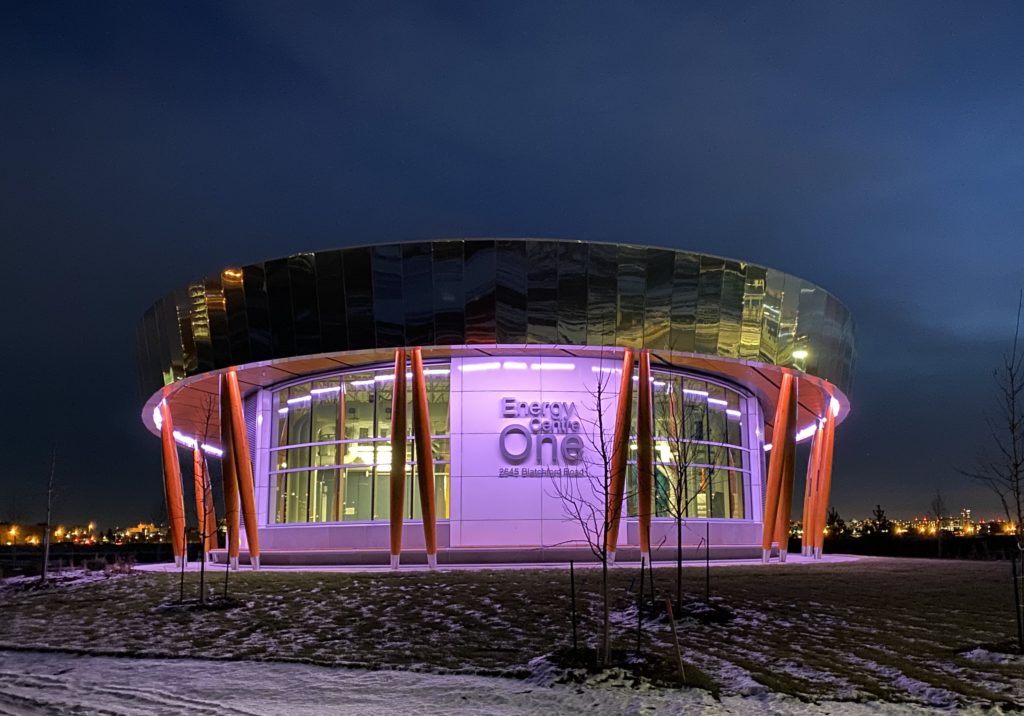 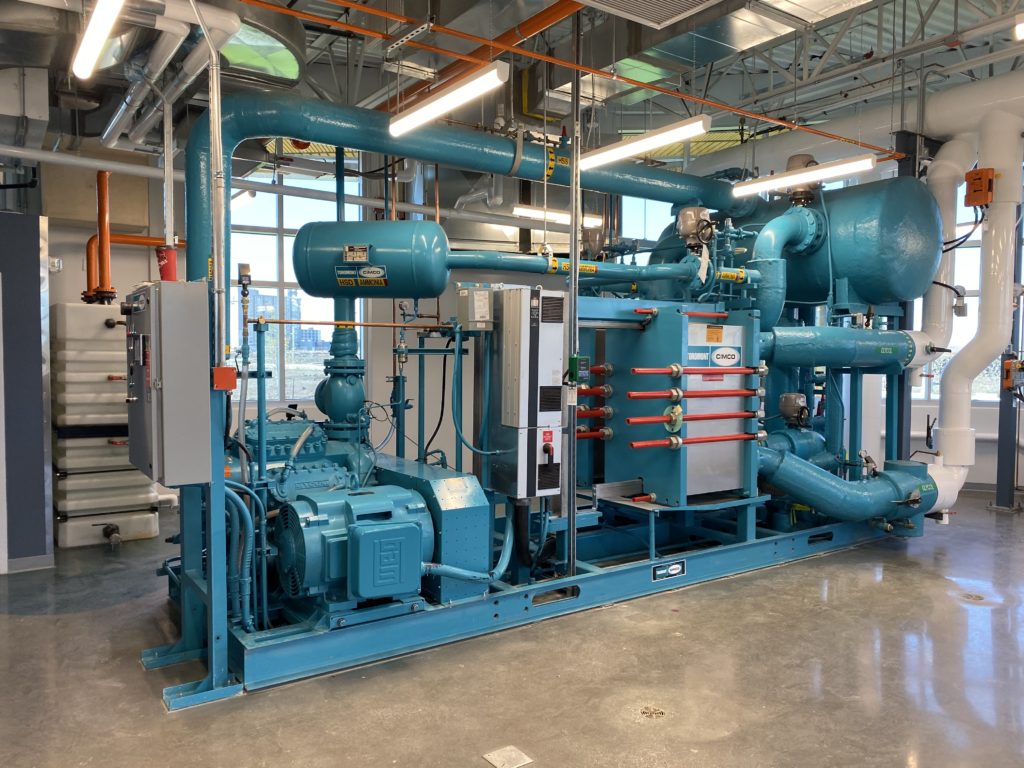 A large heat pump resides inside Energy Centre One